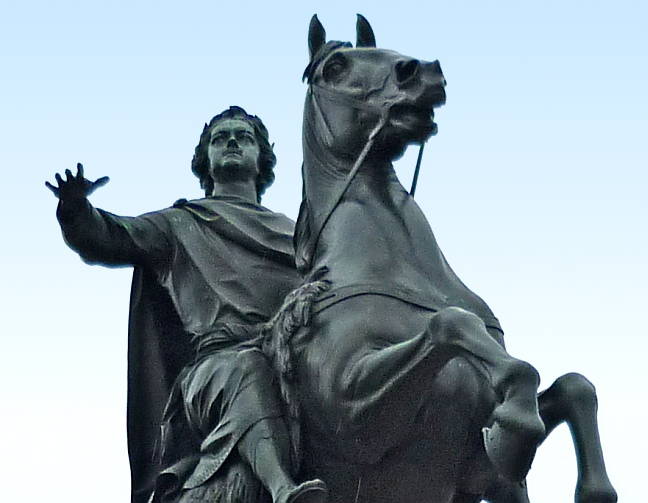 Harry Hunter, event rider that is, while riding across Windsor Great Park one summer’s day, the huge Royal Standard atop the great round tower was streaming magnificently in the wind, calling me to come and look inside the largest and oldest inhabited castle in the world.

My tour started through a portcullis gate and inside, a regiment of Lifeguards – resplendent in shiny black, thigh-high riding boots, red tunics and gleaming breastplates – marched to the regimental band.

I continued into a horseshoe-shaped Tudor Cloister, to my right a grand flight of steps led up to St. George’s Chapel – where Prince Harry and Meghan will marry in May. Inside the Chapel shafts of sunlight shone down from beautiful tall windows, a sublime setting for any wedding. Embedded in the flagstones, tombs from history: Henry the Eighth, Jane Seymour and Charles the First.

I went inside the Castle. The entrance hall was built to impress, likewise the huge Waterloo Banqueting Chamber with its great vaulted roof and an immense carpet brought from India – which took forty men to carry up the hill from the railway station when it arrived.

I strolled along the battlements, looking out towards the playing fields of Eton, where many a foreign battle had been won, or so it has been said.

Everywhere throughout the Castle were amazing artifacts, two stuck in my memory: the Bible that ‘Gordon’ was holding when he perished at the Battle of Khartoum, and the musket ball that felled Lord Nelson at the Battle of Trafalgar.

One could not fail to be impressed by the interior of Windsor castle: the Great Hall, its roof covered in hundreds of Coats of Arms; the green Drawing Room; and the Crimson Room of red and flaming gold!

I strolled into the garden before ending my visit and came across a guardsman, resplendent in his black Busby and scarlet tunic, gazing out over the treetops towards Eton; I wondered if he was musing on the fable of the playing fields.

Riding once again across Windsor Great Park, close to the Castle, Harry bumps into its owner, The Queen. They exchanged greetings, she from a Bentley Sedan and Harry on horseback…

Which prompted the author to title his latest novel, Horseback.

From the novel Horseback by Tim Truelan, available onAmazon. 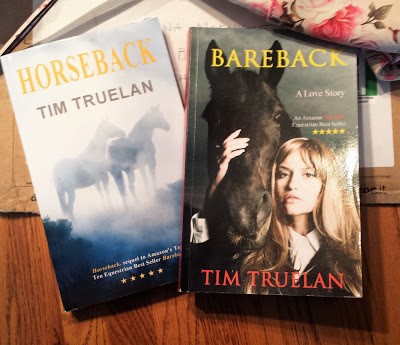 Tim Truelan grew up in the West Country of England and attended Exeter College of Art, followed by a post-diploma year at Brighton, Sussex. In his early twenties, he set out for adventure across America, supported by a variety of interesting jobs, including working with a ski company, a French-Canadian carnival, building sail boats on the West Coast and finally working aboard the Queen Mary for the Californian Museum of the Sea Foundation, Long Beach, Southern California. Tim has ridden horses across England, Portugal and Spain. In the Americas he has ridden Western saddle in: Mexico, California and Montana. View all posts by authortimtruelan